Frank Usseglio is a founding principal of Kenny, O’Keefe & Usseglio, P. C.  He is an AV rated personal injury lawyer.  Originally from the greater Boston area, Frank represents clients who have been the victims of defective products, defective premises, construction and automobile accidents in both Connecticut and Massachusetts state and federal courts.  He has been featured in the Product Liability Profiles of the National Law Journal, and he has over 25 years of experience dealing with claims involving professional malpractice claims, including representing those harmed by legal malpractice.

Attorney Usseglio has been a trial lawyer and in the courtroom for more than 30 years.  He has taught legal principles and trial tactics from coast to coast as an adjunct instructor for the Naval Justice School, and is a former instructor at the Defense Institute of International Legal Studies, where he provided international law training in support of the U.S. State Department’s mission.

Prior to entering private practice, Attorney Usseglio served in the United States Navy Judge Advocate General’s Corp, where he served as a military prosecutor.  His past government experience includes aircraft mishaps, admiralty claims and federal tort claims.  Attorney Usseglio retired as a Navy Captain after 24 years of Honorable Service to his country.  He volunteers his time for three local high schools as an ice hockey coach, he is actively involved in the sport of ice hockey throughout the State of Connecticut, and is a college football official. 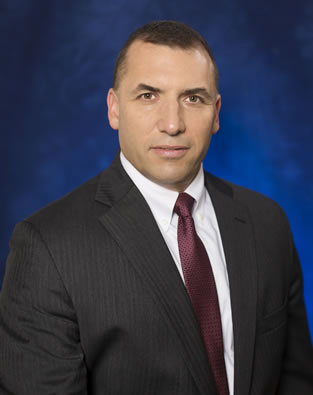